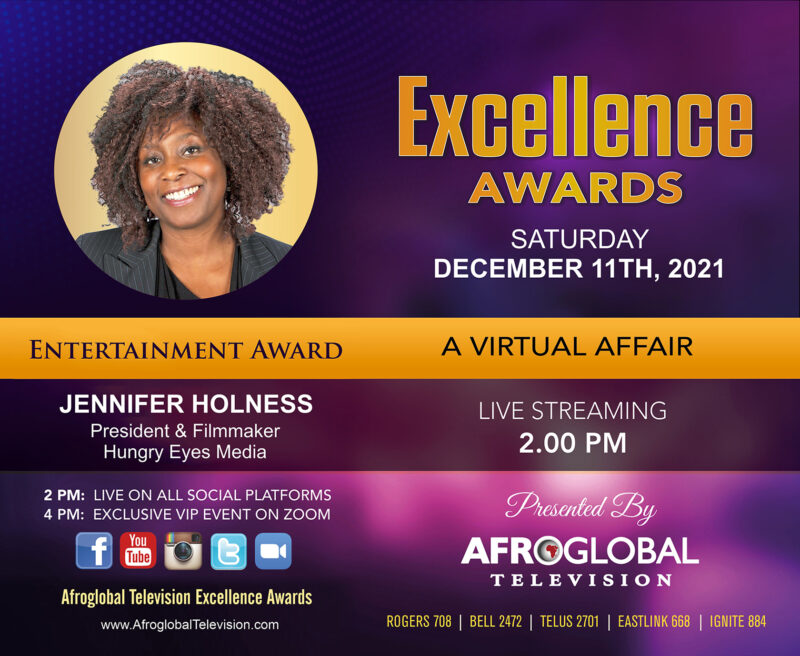 Jennifer Holness is a celebrated writer, producer and director. She co-founded Hungry Eyes Media with her husband Sudz Sutherland, also a renowned film and television producer, director and screenwriter. Jennifer’s production and writing credits include the film Love, Sex and Eating the Bones; the television series ‘Guns, She’s the Mayor’ as well as the CBC’s Shoot the Messenger. She has directed her first feature documentary film, Subjects of Desire, a moving story about Black women and beauty.

Subjects Of Desire has been screened at the Canadian International Documentary Festival. She was awarded the CMPA’s Indie Screen Established Producer of The Year Award. Jennifer is a co-producer of the feature documentary, Stateless, which premiered at Tribeca and at Hot Docs in 2020. It won the festival’s Special Jury Prize, followed by a Best Feature doc award at Black Star.

Passionate about Black Canadian History, Jennifer Holness is producing the History Channel’s series BLK: An Origin Story. She is a founding member of the Black Screen Office, Co-Chair of the Canadian Independent Screen Fund (CISF), and sits on the Ontario Creates Industry Board. Jennifer receives the prestigious 2021 Entertainment Award from the Afroglobal Television Excellence Awards program.