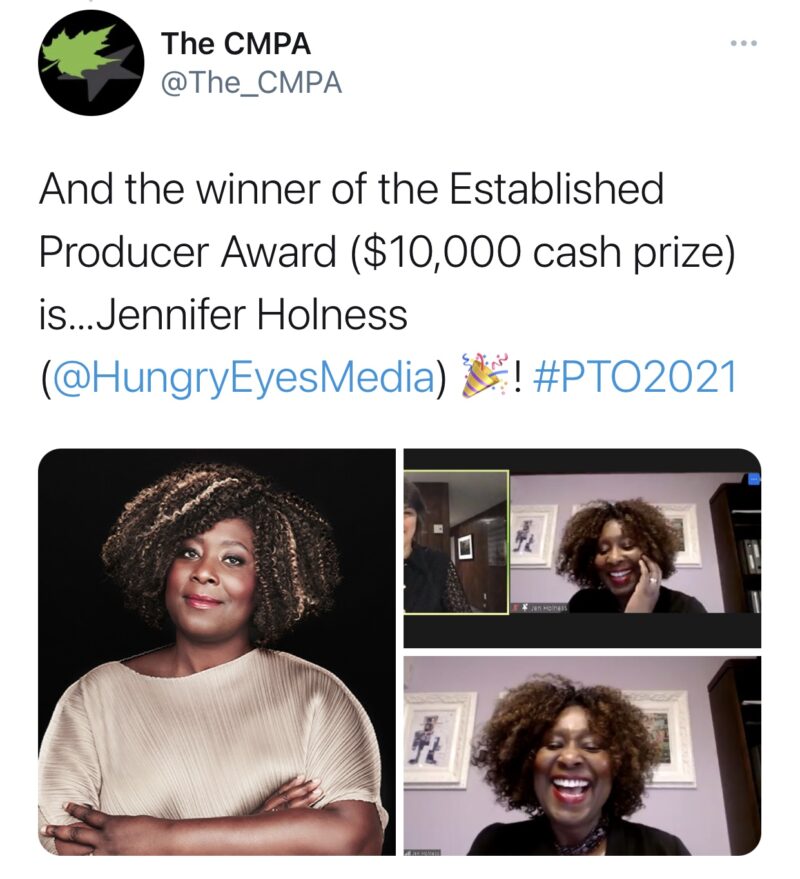 The Canadian Media Producers Association today announced Jennifer Holness and Dominique Dussault as the recipients of its annual Indiescreen Awards on February 10, 2021. The honours were given out as part of the CMPA’s closing reception for its annual Prime Time conference, held virtually this year in response to the COVID-19 pandemic.

“Despite many challenges, the Canadian film sector continues to show impressive resilience in the face of the pandemic,” said the CMPA’s President and CEO Reynolds Mastin. “The winners announced today demonstrate a spirit of perseverance that is woven into the fabric of domestic production, and their ambitious work is a reminder of the bright future that lies ahead for the Canadian film industry.”

Holness thanks IndieScreen Awards for the prestigious award in a video below.