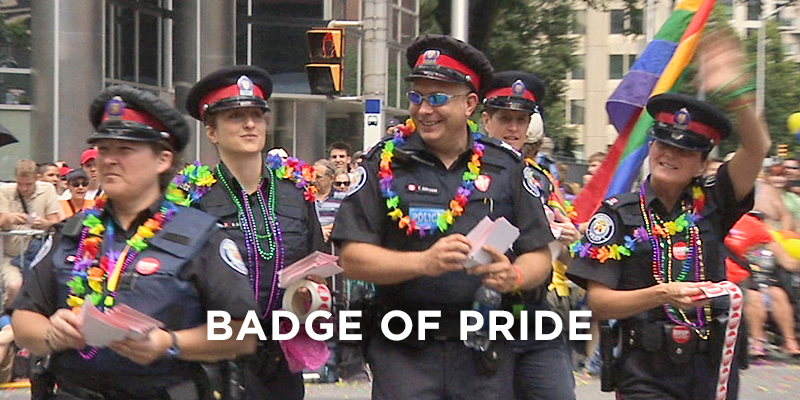 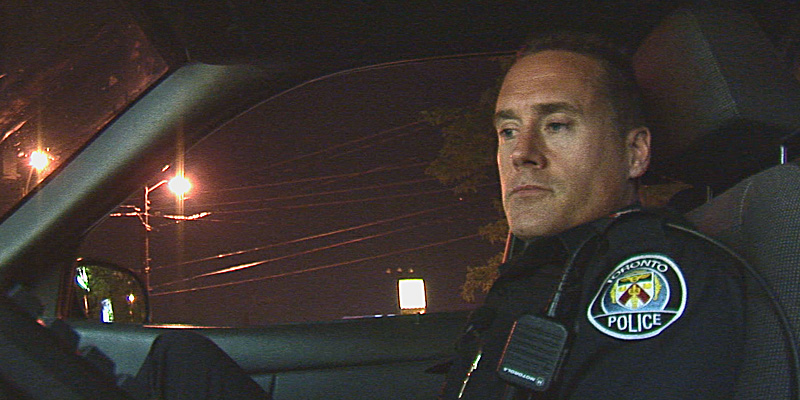 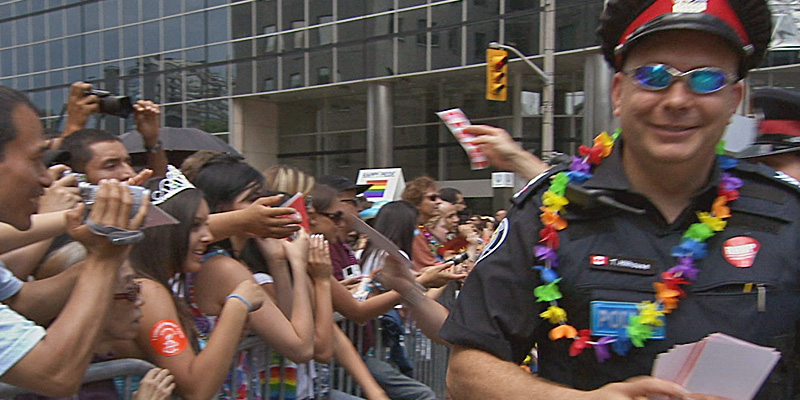 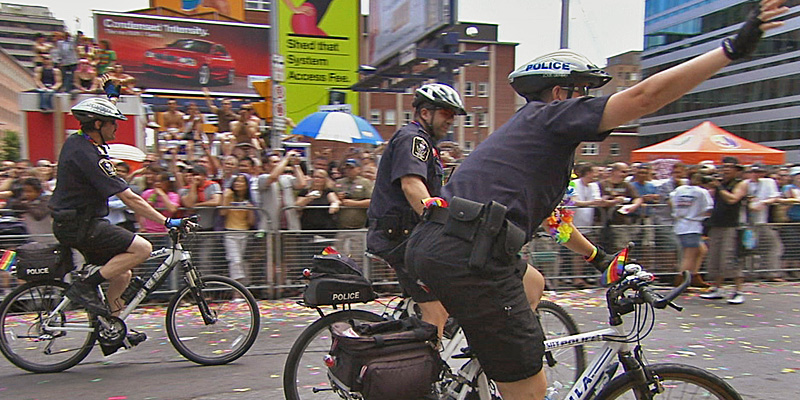 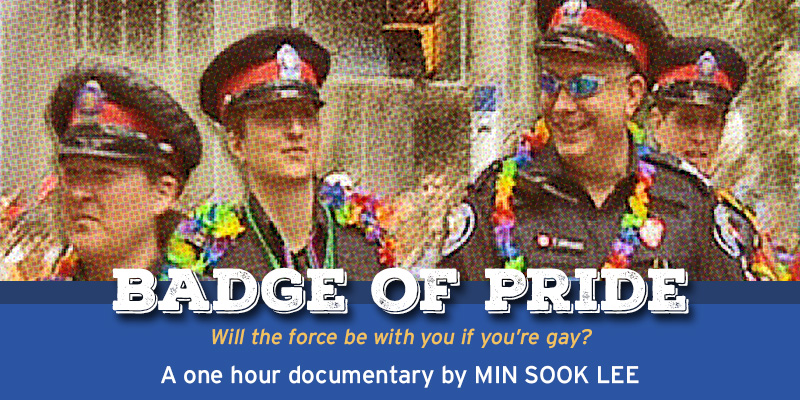 Twenty-five years ago, Toronto’s gay pride parade was a protest march, held to speak out against police raids against gay bathhouses. In 2005, the city’s Police Chief , Bill Blair came out and marched alongside the muscle boys, the leather daddies, the drag queens and the dykes on bikes. It was a first for Toronto. Members of the Ontario Provincial Police also joined the march for the first time, including two female officers holding hands. We’ve come a long way. Or have we?

Badge of Pride is a documentary that looks at the lives of gay cops; cops who are out, cops who are closeted and cops who are somewhere in between the closet and the cruiser.

Over the course of one year, starting and ending with the Gay Pride Parade, the documentary will survey how much the landscape has changed and look at the different challenges gay cops face – along gender, race and class lines. Coming out as a gay cop has its price. Badge of Pride will ask: “Will the force be with you if you’re gay?”