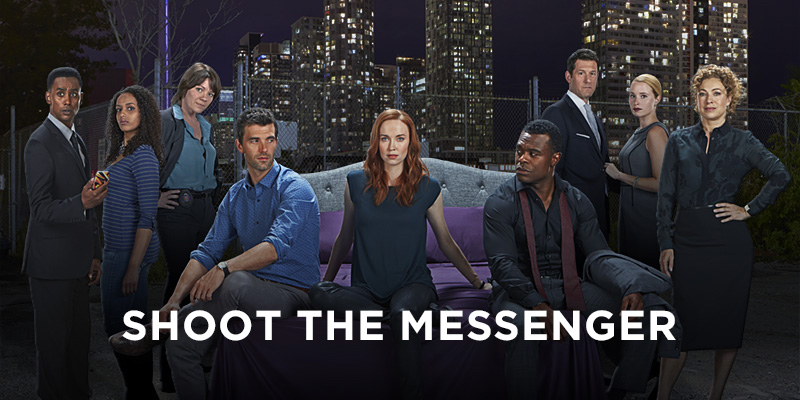 When the mighty fall they Shoot the Messenger

Shoot the Messenger is a serialized drama about a big city crime reporter who clashes with the homicide detective she is secretly sleeping with, as they both chase a sensational murder case that reaches into the corridors of political power and big money.

Daisy Channing is a young, whip smart, sexy reporter whose screwed up past pushes her to ask difficult questions, putting herself in jeopardy to get the story.

Shoot The Messenger begins with Daisy witnessing the murder of a source she was about to meet.  The primary Homicide detective on the case, Frank Lutz, believes the shooting is gang related, but Daisy believes something else is going on.

Working with senior reporter Simon Olendski, Daisy uncovers a sex ring so scandalous it could bring down the government. The prime suspects include charismatic Attorney General Sam Charles, a popular female sitting Judge, a professional Basketball Player, a UK Diplomat’s son and a well connected Somali dealer, who supplies them all with whatever they desire.

Ultimately Daisy discovers a web of intertwined relationships that leads her into some dark places  – where notions of privacy might just be a thing of the past.